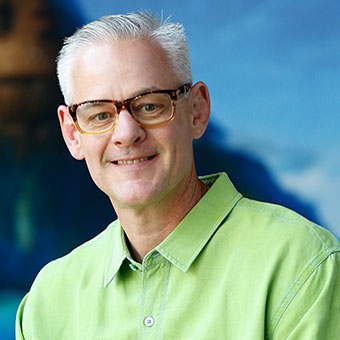 James Ford Murphy joined Pixar Animation Studios in 1996. He began working as an animator on “A Bug’s Life,” “Toy Story 2,” and the Academy Award®-winning features, “Monsters, Inc.,” “Finding Nemo,” “The Incredibles,” and “Ratatouille.” Murphy served as supervising animator for the Academy Award®-winning short film, “For the Birds,” and was the directing animator on the Golden Globe®-winning feature, “Cars.” For the next five years, Murphy acted as the Director of Creative Artists, where he oversaw Animation, Art, and Story across the studio. Most recently, Murphy made his directing debut with the short film, “LAVA,” which will screen in front of the Disney•Pixar feature film, “Inside Out,” in 2015.

Prior to Pixar, Murphy worked as Animation Director at Sierra-On-Line and as Animator/Director at Calabash Animation where he animated several commercials, including Little Caesar’s “Pizza, Pizza” series. He also was an Art Director at Jockey International where he was responsible for all print advertising for Jockey underwear.

James earned a BA in Journalism at Marquette University. He is a self-taught artist and animator from Detroit, Michigan.