Hands On Learning: Behind the Scenes with Allan Tannenbaum 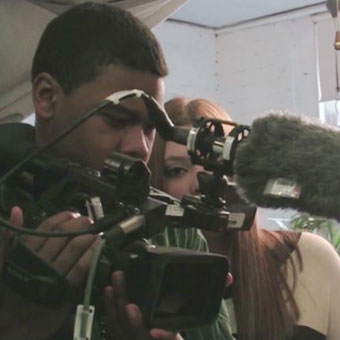 Students who worked on the Emmy Award-winning “Diederich Ideas” program had the opportunity to travel to New York in fall 2012 to meet and interview photojournalist Allan Tannenbaum.

Tannenbaum was later featured in a February 2013 edition of the "Diederich Ideas" program titled “Life Through a Lens,” in which he talked about his experience as a news photojournalist documenting war, as well as his brush with celebrity while capturing the 1970s New York music scene on film.

Watch the behind the scenes video on Vimeo.com