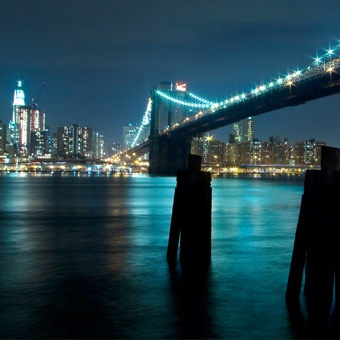 There’s nothing quite like the bright lights of Broadway to foster an appreciation for the theater.

For the past nine years, former College of Communication Associate Dean Michael Price has helped bring this experience to life for faculty, staff, alumni and friends of the University through the “I Love New York Theater Tour.”

The annual trip got its start in the fall of 2001. Though the tragic events of September 11th had recently occurred, Price saw the opportunity to share the beauty and culture of New York and at the same time spread a message of good will to the people of the city. He and the travel group brought a prayer petition on behalf of the University students and delivered basketballs signed by Marquette players to the Manhattan firefighters. This gesture of friendship and solidarity turned out to be a moving experience, and one that Price says he will never forget.

Price currently works with Kristin Frederick of Marquette's Alumni Relations and Mr. John Ricci, Marquette Theatre Patron to organize the annual event, which typically includes around forty participants and lasts for four days. The event offers the group a chance to experience the sights and sounds of New York and its vibrant theater district, as well as unique restaurants, shops and cultural attractions. In addition to seeing three theatrical productions, members may select a tour of Ellis Island and the statue of liberty, NBC, the Lincoln Center or other popular attractions.

The main focus, however, remains the bright lights of Broadway. Members of the tour have had the opportunity to see shows such as “The Producers,” “Wicked,” “Oklahoma,” and “The Lion King” among others. In addition to seeing three performances in four days, the group also tours backstage at selected venues and even meets with actors, costume designers and set technicians. This allows a rare firsthand glimpse into the spectacular and multifaceted world of professional theater productions.

Price says that the infectious enthusiasm and positive feedback of the theater tour participants make this trip a worthwhile excursion, and one that he hopes to continue for years to come. “It’s a fantastic experience,” he says. “We have such a great time.”