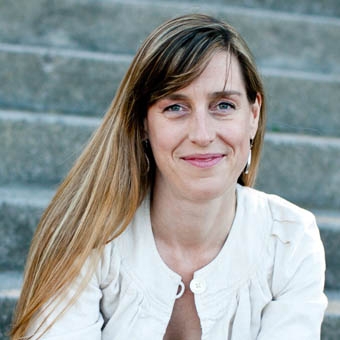 Samantha Grant, award-winning documentarian, journalist, and educator, will deliver Marquette University's 2016 Burleigh Media Ethics Lecture. The lecture and film screenings are both free and open to the public.

Grant, through her company GUSH productions, has produced content for national and international television channels and corporate clients like Pandora, AT&T and Electronic Arts. She has served as a series lecturer at UC Berkeley's Graduate School of Journalism and Stanford's Knight Fellows program. Grant holds an undergraduate degree in American Studies / Literature from Yale University and a Master's of Journalism degree from the UC Berkeley Graduate School of Journalism.

Grant's feature documentary A Fragile Trust tells the shocking story of Jayson Blair, the most infamous serial plagiarist of our time, and how he unleashed the massive scandal that rocked the New York Times and the entire world of journalism. For this year's event, we will present two screenings of this documentary on February 24 that will precede the Burleigh Media Ethics Lecture on February 29.

On February 24, A Fragile Trust will be shown in the Weasler Auditorium at 4 p.m. and again at 6 p.m. See this flyer for full details.

On February 29, Grant will join us to discuss how 'The Blair Affair' revealed gaps in the processes of checks and balances at the Paper of Record, while also exposing new vulnerabilities for all journalism in the digital age. She will answer questions and walk viewers through the process of reporting and crafting the narrative for this complex film, the only documentary ever to explore the scandal. The lecture will take place in the Weasler Auditorium at 4 p.m. View full details here.