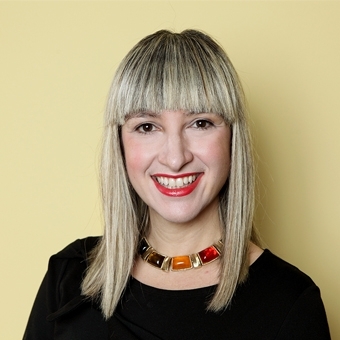 Join us for the 2016 Nieman Lecture with guest speaker Zizi Papacharissi. Her lecture, Affective Publics: News Storytelling, Sentiment and Twitter will examine how social media influenced the Arab Spring and the Occupy movement. These recent, digitally aired waves of civil unrest invite speculation on whether social media make or break the pace of revolutionary movements. Her talk will examine the role and meaning of social media, and Twitter specifically, for the social network driving these movements. Zizi will present data from recent studies undertaken at the University of Illinois-Chicago that explicate the relevance of the platform for contemporary news storytelling, framing, and gatekeeping.

Papacharissi is professor and head of the Communication Department at the University of Illinois-Chicago. Her work focuses on the social and political consequences of online media. Her books include, A Provate Sphere: Democracy in a Digital Age (Polity Press, 2010), A Networked Self: Identity, Community, and Culture on Social Network Sites (Rutledge, 2010), and Journalism and Citizenship: New Agendas (Taylor & Francis, 2009).

She has also authored over 50 journal articles, book chapters or reviews and serves on the editorial board of eleven journals, including the Journal of Communication, Human Communication Research and New Media and Society.

Zizi is the editor of the Journal of Broadcasting and Electronic Media and the founding and current Editor of the new open access Sage journal Social Media and Society. She has collaborated with Apple, Microsoft and has participated in closed consultations with the Obama 2012 election campaign. She sits on the Committee on the Health and Well-Being of Young Adults, funded by the National Academies of Science, the National Research Council and the Institute of Medicine. She has been invited to lecture about her work on social media in several Universities and Research Institutes in Europe, Asia, Africa and the U.S. Her work has been translated in Greek, German, Korean, Chinese, Hungarian, Italian and Persian. Her fourth book is titled Affective Publics: Sentiment, Technology and Politics and is now out by Oxford University Press.

The Lucius W. Nieman Symposium, named after the founder of The Milwaukee Journal, Lucius W. Nieman, is an annual event sponsored by the J. William and Mary Diederich College of Communication. In addition to presenting a public address, the Nieman Lecturers meet with Marquette University students and faculty.