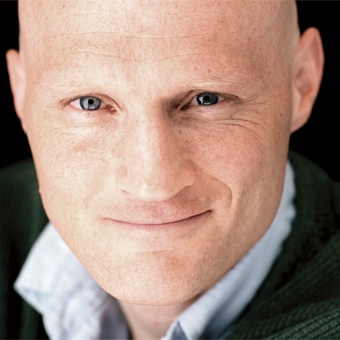 The Real Story of Fake News

In a hilarious and insightful lecture, Scott Dikkers will chronicle the early years and influence of The Onion. He will examine the impact of satirical news outlets such as Saturday Night Live, The Daily Show and The Onion on modern politics.

He will also take a look at the rise of fake news online during the 2016 Election and the ethical dilemma facing journalists when the public sees fake news as real. With the tools of a journalist and the savvy of a comedian, Dikkers will help us make sense of the nonsense.

The Burleigh Media Ethics Lecture is free and open to the public. Please join us!

Scott Dikkers captivates audiences with the crazy, unlikely and hilarious story of how he and a few friends dropped out of college and started a fake newspaper, which somehow turned into the world's very first humor website. Today, The Onion is one of the most popular humor destinations in the world, with millions of readers and social media followers.

Dikkers is The Onion's longest-serving editor-in-chief, and the godfather of its unique comedic vision. In 2006 he created The Onion News Network, which has spawned countless viral videos and three TV series. He's the best-selling co-author of The Onion's first two original books, Our Dumb Century and Our Dumb World. His work has won the Thurber Prize for American Humor, a Peabody, and over 30 Webby Awards.

Before starting The Onion, Dikkers wrote and drew the successful daily comic strip "Jim's Journal." He has written and directed two feature films and performed on Saturday Night Live. His eclectic life and rollercoaster career makes for a lot of hard-won wisdom and outrageous stories about life on the fringes of the do-it-yourself entertainment business that is sure to have you teary-eyed with laughter.