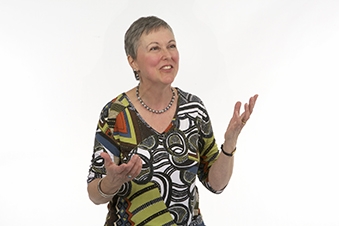 1. How do you approach your research and why does it matter to you?

I have always been interested in the stories we tell about our lives, the lives of others and the communities we inhabit. Of special interest to me are mediated stories, especially those found in news narratives and popular culture. I usually start with observations about what is happening in the world around us. For example, Karen Slattery and I began our research examining press coverage of mothers of combat soldiers with the question: What does it mean to be a mother who has to send her son or daughter off to war? This led to a series of co-authored articles examining how the news media portrayed mothers of combat soldiers during times of war. We have examined all major wars since World War I, except the Korean War (forthcoming).

As I see it, news and popular culture texts provide readers with insights into what it means to live and function within society and they provide insight into the values, beliefs and ideologies that inform our lives. Thus they tell us who we are and who we should be as individuals and as a culture. As a scholar and as a teacher it is important to me to critically examine these texts and think about how they function so I can work with my students and encourage them to also think critically about and examine world they encounter.

2. What projects you are working on now and where you see your research heading in the future?

I have two projects I am working on. During this sabbatical period I am working on a monograph for Journalism and Communication Monographs. It examines press coverage of contraception between 1873-2014 in three newspapers: The New York Times, The Los Angeles Times and the Chicago Tribune. This is the third in a series of articles I hope to publish on the topic. The next paper will examine press coverage of birth control issues around the world and the relationship of international efforts to curb population growth on the birth control agenda here in the US.

The second project continues the work on mothers of combat soldiers. Karen Slattery and I plan to collect oral histories from mothers of combat soldiers so we can tell their stories about their lived experiences. We view this as a companion piece to press coverage studies. Sarah, it has to be said that I have been honored to have Karen as a friend and collaborator in my scholarly life. This award is as much hers as it is mine as we have work equally throughout our time together.