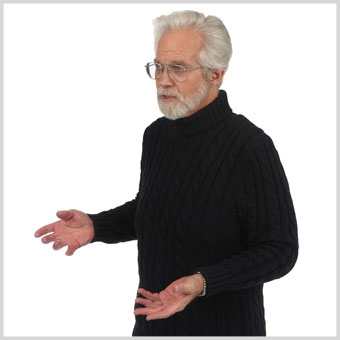 1. How do you approach your research and why does it matter to you?

I think I have been concerned about environmental issues since growing-up days in the 1960s when my parents bought some abandoned, hard luck farmland in Northern Wisconsin and we -- along with the family dog -- proceeded to plant countless pine seedlings on it by hand. During that restless decade, authors, journalists, activists, lawmakers, and various events also planted the seeds of modern-day environmental awareness in American culture. I think that also affected the budding environmental writer in me.

My path took a detour when my number came up in the military draft for the Vietnam War, and I spent several years stateside on active duty in the U.S. Air Force (Strategic Air Command). But I also took some time to acquaint myself with the writings of Wisconsin's pioneer of environmental thinking, Aldo Leopold. Afterward I started graduate studies at the University of Wisconsin-Madison, where my guiding professor, Clay Schoenfeld, it turned out, had been Leopold's student.

It was also there, under the doctoral direction of Prof. Jack McLeod, that I began my research path that continues to this day: specifically, a quantitative, social-scientific approach to studying communication, especially that concerning environment and health. Altogether, it was a brand new world of discovery for me. And it still feels that way now at Marquette. Every day.

2. What projects are you working on now and where do you see your research heading in the future?

Primarily, I continue to work with a risk communication model my colleagues and I first published in an academic journal in 1999. Sharon Dunwoody (UW-Madison) and Kurt Neuwirth (University of Cincinnati) and I worked on developing this model for several years before publishing it, in the meantime using data from a federal grant we had received to test it initially and work out some of the bugs.

Since then, we and other researchers internationally have continued to apply and improve this Model of Risk Information Seeking and Processing (RISP). This theoretical model represents a somewhat different approach to understanding communication about environmental and health risks, since it looks at risk communication from the standpoint of the audience member -- what people do with the risk information they encounter rather than what it might do to them. It examines how and why people seek and learn such information, informally, in everyday life, and how they use it to develop their own risk-related judgments and behaviors. It is, in a way, an appropriate approach to understanding the audiences for informational journalism.

NOTE: Robert "Dr. Bob" Griffin (Ph.D., UW-Madison) joined the Marquette faculty in 1978. He was awarded MU's campus-wide Faculty Award for Teaching Excellence in 1997. In 2007, the American Association for the Advancement of Science (AAAS), the world's largest general scientific society, elected him a Fellow for his "distinguished contributions to the public understanding of science through research on public use of information to make risk judgments."

In 2016, the international Society for Risk Analysis (SRA) recognized him as a Fellow "based upon substantial achievement in science or public policy relating to risk analysis and substantial service to the Society."

See more details on the recent intellectual contributions of all the college faculty.