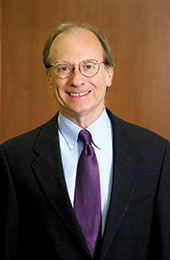 Craig Andrews is Professor and Charles H. Kellstadt Chair in Marketing, Marquette University. Craig recently spent a year-long sabbatical at the U.S. Food & Drug Administration (FDA) in Washington, DC serving as a Social Scientist (Center for Tobacco Products) and a Senior Scholar (Center for Food Safety and Applied Nutrition). He previously served on the FDA’s Risk Communication Advisory Committee. He also has been responsible for ad copy testing on the Behavior Change Expert Panel for the National Youth Anti-Drug Media Campaign in New York, NY. Craig also has been Editor of the Journal of Public Policy & Marketing, for which he earned honors as Reviewer of the Year four times (2018, 2014, 2005, 1992) and twice won the Kinnear/JPPM Award for article of the year (2012, 2013). Craig also served as a Consumer Research Specialist in the Division of Advertising Practices with the Federal Trade Commission in Washington, DC, earning the FTC’s Award for Meritorious Service. He also has been Chair of the Marketing & Society Special Interest Group of the American Marketing Association. Craig also has held visiting professor positions with Coca-Cola Foods in Houston and with the Fitzgerald & Co. advertising agency in Atlanta. He has worked as a consultant for the Wisconsin Tobacco Control Board, Federal Trade Commission, and Food and Drug Administration, among others. Craig currently serves on five editorial boards. His work has appeared in the Journal of Marketing, Journal of Marketing Research, Journal of Consumer Research, Journal of Public Policy & Marketing, Journal of Advertising, Journal of the Academy of Marketing Science, Journal of Current Issues and Research in Advertising, Journal of International Business Studies, Journal of Retailing, Tobacco Control, Nicotine & Tobacco Research, and the American Journal of Public Health, among others.

Recipient of the Charles H. Kellstadt Endowed Chair in Marketing, August 20, 1998. (The Chair rewards “excellence in teaching and scholarship in the marketing profession.”) 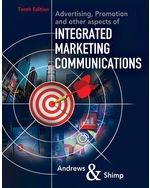