“When the Tide Turns: Poverty, Inequality, and Power” 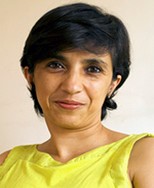 Rohini Pande is the Henry J. Heinz II Professor of Economics and Director of the Economic Growth Center, Yale University. She is a co-editor of American Economic Review: Insights.

Pande’s research is largely focused on how formal and informal institutions shape power relationships and patterns of economic and political advantage in society, particularly in developing countries.   She is interested the role of public policy in providing the poor and disadvantaged political and economic power, and how notions of economic justice and human rights can help justify and enable such change.

Her most recent work focuses on testing innovative ways to make the state more accountable to its citizens, such as strengthening women’s economic and political opportunities, ensuring that environmental regulations reduce harmful emissions, and providing citizens effective means to voice their demand for state services.

In 2018, Pande received the Carolyn Bell Shaw Award from the American Economic Association for promoting the success of women in the economics profession. She is the co-chair of the Political Economy and Government Group at Jameel Poverty Action Lab (J-PAL), a Board member of Bureau of Research on Economic Development (BREAD) and a former co-editor of The Review of Economics and Statistics.

About the Marburg Lecture

The lecture series is named in honor of the late Theodore F. Marburg, a long-time member of the economics department. The goal of the Marburg Memorial Lecture is to provide a forum for the discussion of moral, philosophical and social dimensions of economic issues, as well as continue Professor Marburg’s commitment to the economic aspects of peace and justice. The Marburg Lecture is made possible by the generosity of the Marburg family and through the support of the Center for Applied Economics.  The Marburg lecture is generally held in November of each year.

2017-2018 - Dr. Joshua Angrist, Ford Professor of Economics at MIT
Dr. Angrist is also a director of MIT’s School Effectiveness and Inequality Initiative.  His Marburg lecture focused on how empirical economics have evolved to answer important policy questions, how this evolution has increased the impact of economics on other disciplines, and how undergraduate economic instruction should change accordingly.

2015-2016 - Dr. Emily Oster, Brown University, "Pregnancy, Causality and Economics" - watch video
Research on the value of health behaviors, once the lone purview of doctors and medical journals, is increasingly available to consumers from the Internet and media coverage. What is often missing is a serious look at whether the relationships in data are really causal ones. Does drinking a lot of coffee lengthen your life, as some studies suggest? Or is it just that the kind of people who drink a lot of coffee live longer for other reasons?

2014-2015 - Professor Edward Glaeser, Harvard University, "Triumph of the City" - watch video
Cities are often seen as the source of social problems such as poverty and crime, while we retain romantic notions of idyllic rural life. The truth is very different. In this lecture, Professor Edward Glaeser, the world’s leading expert in the economics of cities, will discuss why cities are crucial to economic development, why proximity has become ever more valuable as the cost of connecting across long distances has fallen and why, contrary to popular myths, dense urban areas are the true friends of the environment, not suburbia.

2013-2014 - Harvard University Professor of Economics Raj Chetty - watch video
Prof. Chetty is one of the authors of a groundbreaking new study on upward mobility in America. The study examined data from cities across the country, and found that the chances of poor children’s climbing the economic ladder were considerably higher in some places than others. Prof. Chetty’s research focuses on what he calls “equality of opportunity: how can we give children from disadvantaged backgrounds better chances of succeeding”

2012-2013 - Prof. John A. List - watch video
Department of Economics, University of Chicago
Using the world as his sandbox, Prof. List tells us why women get paid less than men, how we can shrink the racial achievement gap in one minute, and what seven words can end discrimination. Dr. List has been one of the pioneers in the development and use of field experiments in economics. A field experiment evaluates the market behavior of participants, but instead of these actions taking place in an artificial laboratory setting, the field experiment is conducted in the normal market setting for the participant.

2011-2012 - Dr. Ronald G. Ehrenberg
An expert in the economics of higher education, Ehrenberg has served as a consultant to faculty and administrative groups and trustees at a number of colleges and universities on issues relating to tuition and financial aid policies and other budgetary and planning issues. In 2002, he wrote Tuition Rising, an examination of the American higher education system. While in Milwaukee, Dr. Ehrenberg also was interviewed by the Journal Sentinel on the topic of rising tuition. 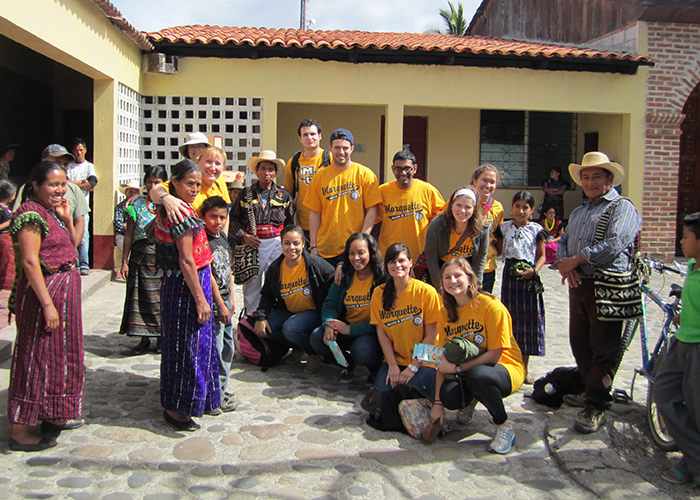