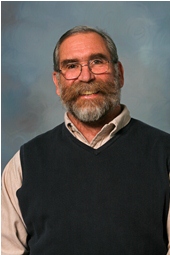 Dr. Toumanoff joined Marquette University in 1979 after an IREX Exchange Fellowship to the USSR in 1977-78 and a one-year visiting position at Bates College in Maine. In 1988-89 he participated in the Council on Economic Priorities U.S.-Soviet Project on Military Spending and Economic Priorities. Dr. Toumanoff served as Chair of the Department of Economics from 1991-94, and has been the Director of the Interdisciplinary Major in Applied Mathematical Economics since its inception. In 2000 he served as a Citizens Democracy Corps volunteer to Urals Gold-Platinum Institute, Yekaterinburg, Russia, and returned to the same institution as a Senior Fulbright Scholar in 2002. In 2006 he was a Fulbright Senior Specialist in Komsomolsk-na-Amure, Russia. Dr. Toumanoff has research interests in reform efforts in communist and postcommunist economies, and, since serving on Marquette University’s Gender Equity Task Force, has developed an interest in gender differences in pay and occupational choice. Dr. Toumanoff received the Rev. John P. Raynor, S.J. Faculty Award for Teaching Excellence from Marquette University in 2005.

“Are Consumers Disadvantaged or Vulnerable? An Examination of Consumer Complaints to the Better Business Bureau,” Journal of Consumer Affairs, 44(1), 2010: 3-23. [with Dennis Garrett].

"The Effects of the Defense Sector on the Productivity of Civilian Industry in the US and the USSR," Journal of Comparative Economics 17, 768-785 (1993) [with Farrokh Nourzad]

Dr. Toumanoff is deeply interested in things Russian – Language, Literature, History, Food, and especially People. He is also an avid racer of sailboats and, when between injuries, a competitive swimmer. He shares his love of the water with his Golden and Labrador Retrievers.