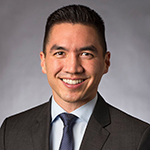 Dr. Cole’s research interests include monetary economics, macroeconomics, time series econometrics, and econometrics. His work has examined the effect of unconventional monetary policies, the impact that deviations from the rational expectations hypothesis have on macroeconomic fluctuations, and financial frictions in the economy. His current research studies the role that assumptions about the formation of expectations have on the efficacy of central bank forward guidance.