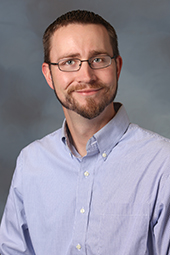 Dr. Jolly is an applied labor economist and primarily studies the various determinants of an individual’s earnings and income. He has published several papers on the experiences of workers who suffer from job displacement and on the distributional impacts of strengthening collective bargaining agreements in the NBA. Dr. Jolly has also published a book chapter on the general determinants of wages. His current research focuses on the labor market and familial impacts of work-limiting disabilities and the effect that final offer salary arbitration has on the salaries within Major League Baseball.