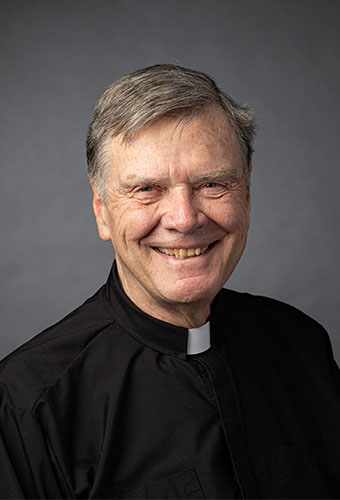 Chaplain to the College of Business Administration

Teaching undergraduates at Marquette has been my major work since 1976: it's been a wonderful experience. Regularly I've taught a two semester survey of American Literature along with sections of the First Year Writing course and upper divisions courses such as "American Literature from 1798 - 1865," "The Poetry of Robert Frost," "Catholic Imagination in Recent American Writing," and "Recent Midwest Writings." Specific research has been on Robert Frost, Edgar Allan Poe, and James Baldwin.

Over the past several years, I have given retreats at the Jesuit Retreat Houses on the shores of Lake Winnebago and Lake Demontreville, near St. Paul. In 2007, I began to serve as Chaplain to the College of Business. In addition to offering invocations and reflections on various occasions, I am also on call for special needs.

These many years have meant experiencing what the Frost poem describes as uniting "My avocation and my vocation/ As my two eyes make one in sight."