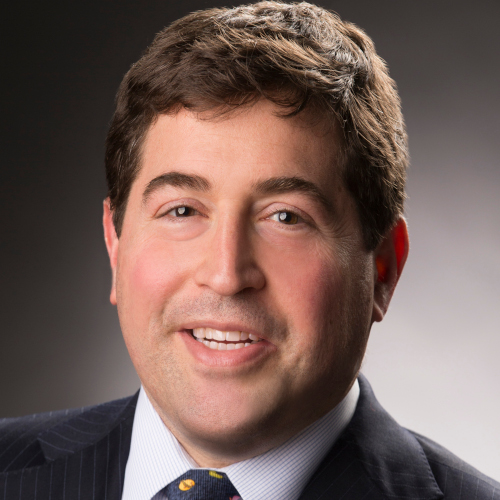 Peter Feigin brings over two decades of dynamic corporate leadership to the Milwaukee Bucks, where he’s charged with spearheading the next chapter of this storied team’s legacy. His talents are the key to helping realize the Bucks’ transformational vision: a championship team playing in a state-of-the-art, multi-purpose facility that will drive the creation of new partnerships, new jobs and a new sense of community for the city of Milwaukee and the state of Wisconsin.

Since taking over as President of the Milwaukee Bucks in October of 2014, Peter has completely reimagined, rebuilt and reenergized the team’s business operations, resulting in substantial increases in attendance, ticket revenue, merchandise revenue, partnership sales and TV viewership. He has assembled a top-flight management team and instilled a new corporate culture marked by accountability, collaboration and fun. The Bucks have named one of Milwaukee’s best places to work, and his tireless leadership led to being named the Milwaukee BizTimes 2015 CEO of the Year.

Peter has also been instrumental in driving the vision, financing, planning, design and construction of the Fiserv Forum, one of the nation’s newest multi-purpose arenas, as well as a new state-of-the-art training center for the Bucks, and the exciting “Deer District” – 30 acres of mixed-use development surrounding the arena that will seamlessly link with existing developments on all sides to create a vibrant, urban community in the heart of Milwaukee. He has worked tirelessly to ensure that this historic project will be catalytic to the economic development of both the city of Milwaukee and the state of Wisconsin.

A tireless supporter of the local community, Peter works closely with the Milwaukee Bucks Foundation and serves on the boards of the Boys & Girls Clubs of Greater Milwaukee and the Milwaukee Public School Foundation, as well as chairing the American Heart and Stroke Association and co-chairing the African American Chamber of Commerce and the COA Parents of the Year.

Peter’s experience cuts across a wide spectrum of business and entertainment corporations, from the NBA to private aviation, and from digital media and motion pictures to theme parks. A native New Yorker, he and his wife, Natalia, have two children, Alexandra and Thomas. Peter holds a bachelor’s degree from Franklin and Marshall College and completed the University of Chicago Booth School Of Business’ Financial Executive Program. 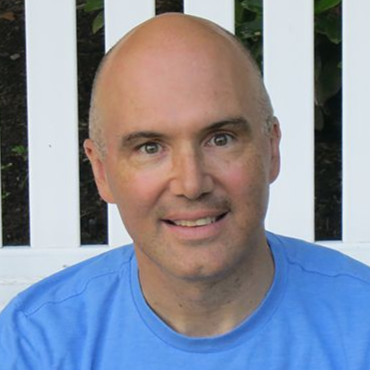 Steve Rushin has been called “the ultimate tinkerer with language” by the New York Times. For nine years beginning in 1998 Steve wrote a weekly column for Sports Illustrated called “Air and Space,” where he filed stories for the magazine from all seven continents, including Antarctica. He is a four-time finalist for the National Magazine Award and his work has been anthologized in The Best American Sports Writing, The Best American Travel Writing and The Best American Magazine Writing collections. In 2006 he was named the National Sportswriter of the Year by the National Sportswriters and Sportscasters Association.

Called “the best sportswriter in the country” by the St. Paul Pioneer Press and “certainly the most fun to read” by the Hartford Courant, Steve has also been described as “one of the most agile essayists around” by Publishers Weekly, which listed his book Road Swing among the Best Books of 1998. Money Magazine called the book “one of the funniest travelogues ever written” and Sports Illustrated named Road Swing one of the top 100 sports books of all time.

A collection of his sports and travel writing, The Caddie Was a Reindeer, was a semifinalist for the Thurber Prize for American Humor. His first novel, The Pint Man, was published in 2010 and was called “wipe-your-eyes funny” by the Los Angeles Times. His 2013 baseball book, The 34-Ton Bat, “will give even the most knowledgeable fan a new understanding of the game,” said the Wall Street Journal. His latest book, Sting-Ray Afternoons, is a memoir of his 1970s childhood.

Steve is a graduate of Marquette University in 1988, and in 2007 received the honorary degree doctor of letters from the university, where he also delivered the commencement address. A native of Bloomington, Minnesota, Steve lives with his wife, former WNBA star Rebecca Lobo, and their children in Connecticut. 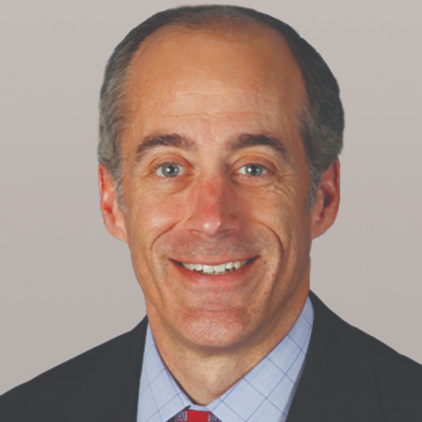 Having just completed his ninth year with the Saints and in the middle of his tenth with the Pelicans, Lang maintains the financial operations for both clubs, is the principal liaison with all vendors that service them and also oversees several administrative and operations departments. He supervises the business analytics, human resources, information technology and facilities and grounds departments for both clubs.

Lang, a Cincinnati native, came to New Orleans following 13 years with the NHL's Nashville Predators in several different leadership capacities, where he oversaw all aspects of the Predators operations outside of hockey, including Bridgestone Arena operations and development of the club's long-term plans and goals. Prior to joining the Predators, Lang worked for S.C. Johnson and Son in Racine, Wisc. for 12 years. In 2006 he was elected to the board of directors for Johnson Outdoors, a leading global outdoor recreation company. In 2011, Lang was appointed to the Loyola University New Orleans School of Business Visiting Committee. Lang was also appointed to the Southeast Louisiana Boy Scouts of America board in 2015.

A 1985 Indiana University graduate with a B.S. in finance, Lang received his MBA from Marquette University in 1992. He is an outdoor enthusiast and has competed in numerous triathlons, marathons and cycling events. He also enjoys skiing and mountain climbing. 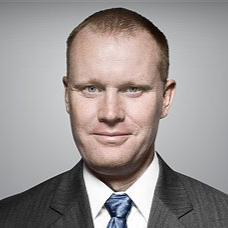 After graduating from Oklahoma State with a Bachelors in Finance and a Masters in Accounting (Tax Emphasis), Tom went to work full time in KPMG's Dallas office. Shortly after moving to the Dallas office, he transitioned into KPMG's high net worth individual practice. For the next 4+ years, Tom focused exclusively on financial planning for corporate executives and income and transfer tax for high net worth individuals. From 2001-2003, Tom worked in KPMG's International Tax and Legal Center in Amsterdam. During this time, his focus was on building a global network of practitioners to service KPMG’s ultra-high net worth clients and on assisting the global risk group in conducting due diligence reviews on KPMG’s offices worldwide.

Shortly after returning to the United States in late 2003, Tom joined the Jones family organization as the Tax Director for the Jones family and their business interests. In that role, he was responsible for all tax matters (income, payroll, property, transfer, etc.) related to the family, the football team or any other business interest. As the Chief Financial Officer, Tom’s role has expanded to include investment analysis, operational tracking and general oversight on all investments and financial matters for the Jones family and their related business enterprises.

Tom and his wife Stephanie have been married since college and are the proud parents of 3 children - Stephen (2002), Nathaniel (2003) and Theodore (2007). Tom enjoys all types of sports activities with a special emphasis on soccer and of course football. 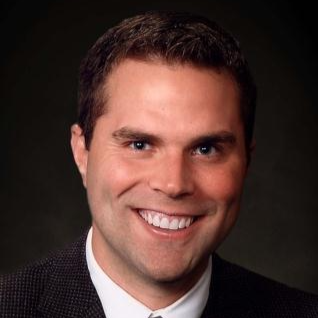 As a Senior Vice President with the Milwaukee Bucks he is responsible for the development, implementation and activation of the strategic real estate and business growth objectives of Deer District and for the overall organization. In addition, he is responsible for the continued growth of all Bucks retail initiatives, parking and food and beverage operations, as well as the business areas of the Wisconsin Herd, the G League affiliate of the Bucks, and Bucks Gaming, a member of the NBA 2K League.

Prior to the Bucks he worked at Kohler Company overseeing an extremely diverse set of businesses and functions during his tenure. These were highlighted by lodging, spas, commercial development, real estate, retail, marketing, food and beverage, golf championships and business development.

He began his career with the Greater Milwaukee Open, University of Minnesota Athletics and the 2001 NCAA Final Four. Michael has worked in a variety of capacities on 6 Super Bowls. 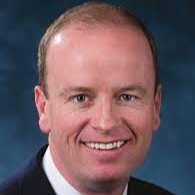 Jon Greifenkamp joined the Cubs in 2010 as Vice President and Chief Financial Officer.

Prior to the Cubs, Jon served as Vice President of Finance for Thomson Reuters Healthcare in Evanston, a leading global provider of integrated information-based solutions to business and professional customers. He led the successful sale and integration of Solucient into Thomson Healthcare. Prior to the sale, Jon served as the Vice President of Finance for Solucient and was a key member of the Solucient Operating Committee that was responsible for setting and monitoring strategic direction of the company. He began his career as a senior accountant at Price Waterhouse LLP, serving clients that included the Chicago Cubs and Tribune Company. 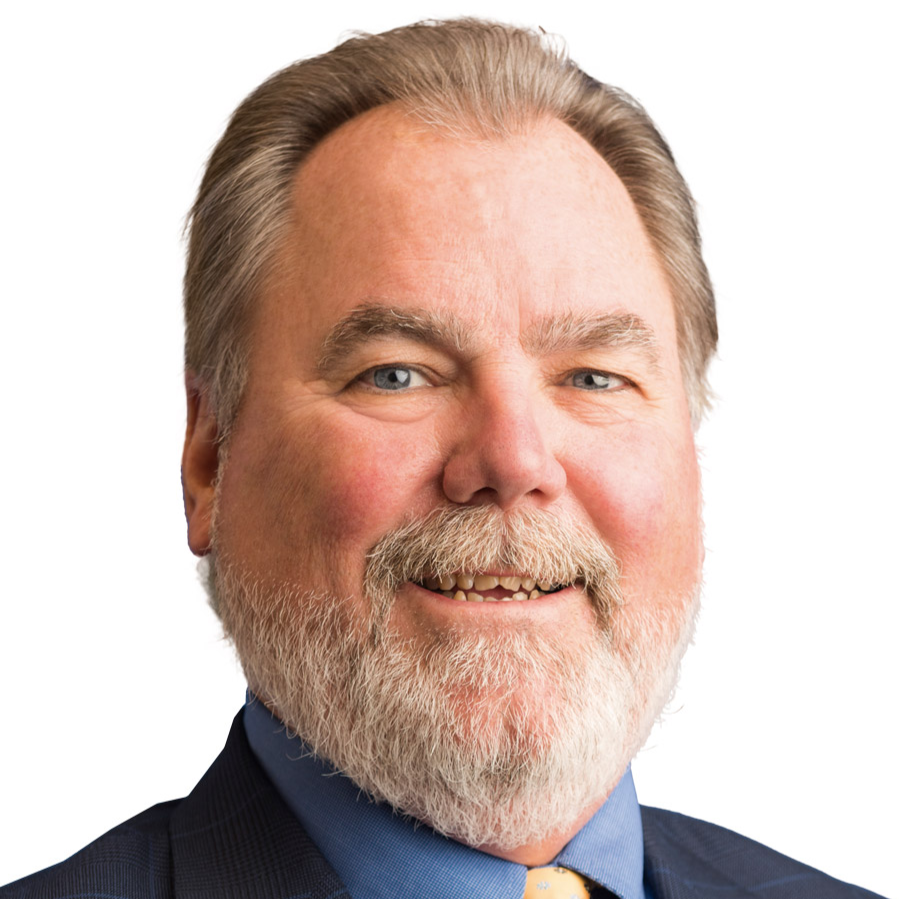 Mike Plant is in his 17th season with the Braves and his third as President and Chief Executive Officer, Braves Development Company. Plant joined the organization as executive vice president of business operations in November of 2003.

In his role, Plant oversees the Braves real estate and development holdings including The Battery Atlanta, its development and project management teams, design, financing, construction and leasing activities. As part of the Braves executive leadership team, Plant was instrumental in the Braves’ efforts to secure and plan Truist Park and the adjacent mixed-use development, The Battery Atlanta, which opened in Cobb County in April 2017. The creative and innovative approach Plant led since the project’s inception has been recognized as a leading example of how to structure a successful Public/Private partnership now generating substantial returns for multiple government entities. Plant’s oversight and direct responsibility for managing all aspects of design, project management, financing, leasing and construction led to delivering approximately 2.5MM square feet in less than 36 months.

A $300MM, 800,000 square foot phase 2 of The Battery Atlanta has begun under Plant’s guidance. The hallmark of this phase is led by Thyssenkrupp, the Global leader in urban mobility, creating a new North American headquarters at The Battery Atlanta.

Plant was a member of the 1980 U.S. Olympic Speedskating team in Lake Placid, NY, and a six-time member of the U.S. World Championship speedskating teams. He served in numerous leadership roles for 35 years with the U.S. Olympic Committee (USOC), U.S. Speedskating, International Cycling Federation, and USA Cycling, including serving on the Atlanta Committee for the 1996 Olympic Games (ACOG) Board of Directors and the Board of Trustees for the Salt Lake City Olympic Bid Committee for the 2002 Winter Games.

A native of West Allis, Wisconsin, he and his wife, Mary, have two daughters, Erika and Maddie, and a son, Drew. 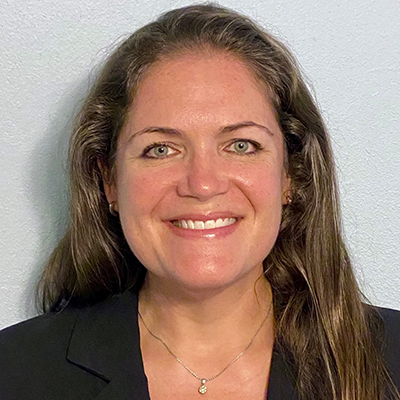 Nyea Sturman is entering her 16th season with the Orlando Magic and was named vice president & general counsel in July of 2019.

Sturman graduated from Cornell University (B.S., Industrial and Labor Relations), the University of Oregon (M.B.A., Sports Business) and Marquette University Law School (J.D., Certificate in Sports Law), during which time she completed internships with the National Football League, Milwaukee Bucks and the Pettit National Ice Center. During her time at Marquette University Law School, Sturman served as the executive editor of the Marquette Sports Law Review and the president of the Sports Law Society. She is admitted to practice in Florida, New York, and Wisconsin, is a member of the Sports Lawyers Association (SLA) and the Association of Corporate Counsel (ACC), serves on the Advisory Board for the National Sports Law Institute, and serves on the Board of Directors for The Gift of Swimming, the Florida Sports Foundation, and the Foundation for Seminole State College. 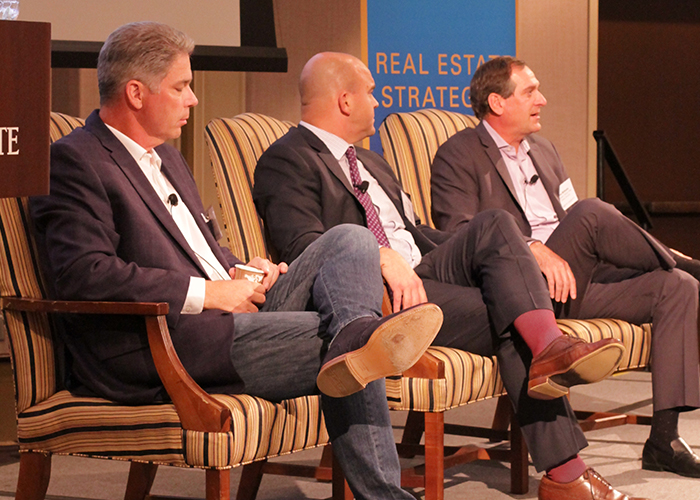 Contact us
Any questions about the conference? Please email or call cre@marquette.edu
(414) 288-2373